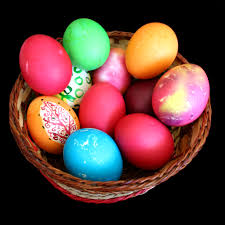 It’s almost Easter. Aren’t you glad that eggs have now been rehabilitated?

Also avocados, shrimp and other supposedly cholesterol-laden foods that nutritional experts have been warning us about for years. Cholesterol is no longer a “nutrient of concern,” according to an advisory panel. Chris Erskine, a funny writer I enjoy reading in the Los Angeles Times, wrote a tongue-in-cheek obituary a while back for the white-egg omelet, a gustatory abomination embraced by the health-obsessed.

In the same piece, Erskine also lamented the see-saw nature of our nutritional advice. ‘Decades of government warnings about fats and oils proved increasingly shaky,” he wrote. “After years of shunning butter, consumers were told that margarine was even worse, described by some as ‘chemical gunk.’ The findings on their morning coffee were even more confusing,” he continued. “One day coffee was good for you; the next day it was the worst thing since nuclear sludge.”

Similar uncertainty surrounds red wine and dark chocolate. Are these things good for you or not? Do you care? Or do you, like me, take most of these reports with a grain of salt? Oops, another bad thing.

The other day in Trader Joe’s, where we buy our house wine — the one that Ed and I drink when company’s not around – I thought I’d pick up the “20 slices of bacon” a recipe called for. Surrounded by all the earnest young shoppers filling their baskets with guaranteed healthful and non-chemically adulterated food products, I surveyed the bacon offerings. It was confusing and I walked back and forth several times reading the packages, all proclaiming “UNCURED! NO NITRATES OR NITRITES!” Okay, I thought, I guess I know nitrates and nitrites are not good, but isn’t meat supposed to be cured? Can bacon give you trichinosis? Maybe if I cook it a good long time it will be okay.

Life should be simpler. Food should be enjoyed, not obsessed over. Personally, I like to follow Oscar Wilde’s advice: “Everything in moderation, including moderation.”

2 comments on “Let’s Hear It for the Egg”