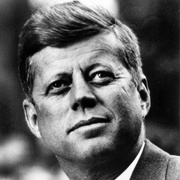 “The President has been shot!” exclaimed a workman poking his head into the room where I was interviewing a local clergyman. I don’t remember how either of us responded, though I might have blurted out “Oh, my God!” despite the presence of a man of the cloth. There were no details. I needed to get to a radio quickly, but to my dismay the clergyman picked up the thread of our conversation and continued with whatever it was he wanted to impart to me and ultimately to our readers. I tried to hurry it along but I was not self-assured enough to suggest we postpone this all for another day. I sat there jiggling my feet and scribbling notes until I was finally able to flee to my car. The radio told me the President was dead.

For us in northern California, there followed a weekend of mind-numbing television, watching the same footage over and over again until that Sunday morning when we watched,  live in real time, the assassin himself gunned down in the police station.

I was women’s editor of a small daily newspaper, The Roseville Press-Tribune. As such, I wrote a daily column – along with everything else in my one to two-page section. On the Tuesday following the assassination, the paper ran my column. Today, the newsprint clipping is yellowed and stained from being pasted in a binder, but here’s what I wrote.

“For those of us ordinary everyday Americans, for those of us who do not live near Dallas, Tex. or Washington, D.C., those of us who spent the past weekend glued to our television sets, the momentous, horrifying, unreal events that transpired will never be forgotten.  The events themselves will be transcribed in history books. But those of us who watched this history taking place will probably remember the events through a haze of varying impressions.

“There was the initial shock, the disbelief, and then the horror that came with acceptance that the truth was indeed true. As the realization sank in, there came sadness. No matter how you felt politically, it could be only monumentally sad to see the film tapes from the networks’ files that showed a smiling, confident, alive President speaking in past interviews and to know this man no longer smiled, no longer spoke, no longer lived.

“There were the impressions we had as we looked at the picture – destined to appear in future history books – of the oath of office being administered to a new President by a no longer obscure woman judge in the cabin of a plane. The look of the man who had wanted once to be President – but not this way. The look of his wife standing beside him. And on the other side, the look of a widow – a dazed, heart-rending look. As women, we tried to imagine her pain, and of course we never could fully duplicate it. We couldn’t because we are not the wife of a President assassinated in a senseless, misguided act. We didn’t hear the shots ring out or hold the dying form of the man they hit. We did not have to explain to two uncomprehending children that a man had killed their daddy.

“But we could try to feel her pain because we knew the truth was true. The President had been assassinated, and through the medium of modern communications we watched and shared a widow’s grief. And we watched, before our eyes, another killing, equally senseless and insane. We spent the weekend by our television sets and wondered, ‘What will happen next?’ It was a weekend filled with impressions. There was the admiration of a woman who displayed amazing strength. She held her children’s hands, and the camera swung in close so we could see again the dazed, sorrowful look of the woman and the quizzical, curious look of the children.

“’How could this thing have happened?’ we wondered. We wondered because we are ordinary, everyday Americans. We are not assassins. We are people who know that in this country, if we do not like the policies of the present administration we are free to work and vote for candidates with other policies. And while the assassination of the President sickened us and made us seethe with anger, we are people who know that we cannot retaliate by reaching out and killing back, killing the man we think was responsible for the President’s assassination.

“We are ordinary, everyday Americans, and we’ll mourn a long time. Not only for a President who died but for our country and ourselves.”

When I wrote that I thought the assassination of a President would be the most horrific public event I would witness in my lifetime. Little could I imagine what others there were to come.