It’s bad enough that I cannot open a jar of face cream without wondering if baby bunnies were harmed in the product’s testing. Now I also have to worry about fish ingesting plastic microbeads that rinse off my face and on down the drain and eventually into the waterways. And while we’re at it, what about people eating the microbead-filled fish. Microbeads also absorb toxins. None of that can possibly be good, can it?

The issue of microbeads is in the news lately.  They’ve been added to face cleansing products and shampoos and the like. Now, I’m all for exfoliating dead skin cells, which is what the beads are supposed to do. But I can’t help wondering: Aren’t there other ingredients that could achieve the same thing? Yes there are, says 5 Gyres, an environmental organization conducting a campaign to encourage manufacturers of personal care products to replace microbeads with alternatives like crushed walnut husks and apricot kernels that degrade naturally.

Several manufacturers have agreed to start voluntarily phasing out the use of microbeads, and some states like New York have passed legislation banning their use. In California, such a bill has passed in the Assembly and is headed for the Senate. In the meantime, a smartphone app has been developed that enables consumers to scan products to see if they contain microbeads.

This is all well and good. But I can’t help wondering why it never occurred to manufacturers that microbeads in products designed to be washed down the drain was a bad idea. I imagine a conversation in a corporate office where the researchers are filling in the managers.

“We have a wonderful new product for you to introduce. It contains microbeads.”

“A revolutionary advance in body cleansing.” 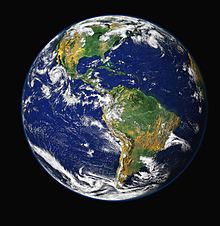 At this point was there no one in the room to suggest that the one thing the world’s waters did not need was more plastic? Why do we wait until a product is out in the marketplace before it occurs to anyone to question its desirability?

We seem in such a frantic rush to destroy our planet, the thing described in an Episcopal Church prayer as “this fragile earth, our island home.” It is disheartening.

4 comments on “Bunnies and Fishes and People, Oh My!”