Things were looking hopeful for the West African country of Burkina Faso. Since gaining independence in 1960, the former French colony was ruled primarily by the military and experienced several coups. Last year, the 27-year rule of a former president ended after a mass uprising and protests, and a democratically elected president was inaugurated on December 29.

And then, on January 15, terrorists attacked a hotel and café, setting off explosions and targeting guests and employees. In all, 20 people were killed and dozens more wounded. The North African Branch of Al Qaeda, which claimed responsibility for the attack, is the same group that held 170 people hostage and killed 22 at a hotel in Bamako, Mali in November.

Along with the rest of the world, I mourn the senseless loss of those lives, but I also feel such profound sadness for the people of those desperately poor countries trying to build lives for themselves. The New York Times explains that while tourists and business people who escaped last week’s carnage can hurry away on the first available plane, the workers who are lucky enough to hold such jobs can’t consider leaving no matter how frightening the situation becomes. “There aren’t many jobs here,” one employee observed.

Formerly known as Upper Volta, Burkina Faso’s name means Land of Incorruptible People. Since meeting some of those people during a 14-day visit to the country in 2004, I have been pulling for them from afar and rejoicing with each new development. And now this. So very sad.

African Tales, the compilation of stories from the six African countries I visited with my cousin, Dorothy Woodson, retired curator of African collections at Yale, is progressing distressingly slowly on this website. But with recent news events taking me back to those wonderful experiences, I was re-inspired to write more about the Land of Incorruptible People. The latest addition, about Burkina Faso, is “The Festival of the Masks.” 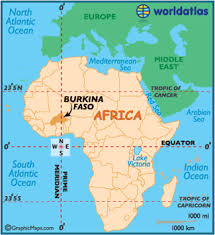 2 comments on “Sorrowing for Burkina Faso”