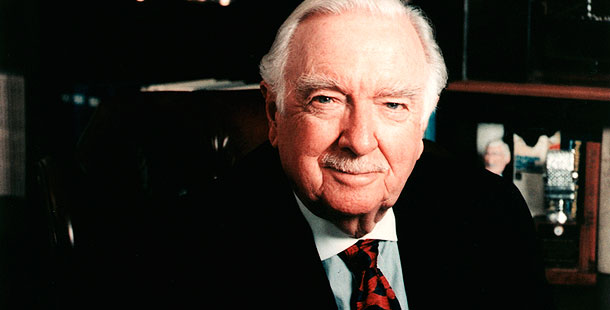 The person once voted “the most trusted man in America” would be 100 years old today. If he were still alive, what would the universally respected journalist Walter Cronkite have to say about the insanity of the current presidential campaign?  It’s almost over and yet, one fears the insanity will continue no matter the outcome. If Hillary Clinton wins, the thrill of electing the first woman president will be soured by Republicans’ vows to block her nominations and policy proposals just as they have for our beleaguered current president whose election was also thrilling. And if her opponent wins? It is impossible to contemplate.

You can get an idea of what Cronkite would think today by checking out how Google is celebrating the birthday. www.poynter.org/2016/todays-google-doodle-celebrates-walter-cronkites-100th-birthday/437626/

As a respite from the campaign’s ugliness, I re-read It Can’t Happen Here the 1935 book by Sinclair Lewis, a harrowing account of how otherwise perfectly nice men and women can be lulled by complacency into believing outrageous lies and finding comfort in what they perceive as someone who will be a strong leader and protect them. Even though I was barely alive then, the book made me realize how Nazi Germany happened.

Now I’m re-reading Edge of Eternity, the third book in Ken Follett’s Century Trilogy. It follows five intertwined families’ lives in Europe and the United States from the 1960s through the 1980s. I did live through those times, and yes, they were tumultuous, but we got through them.

Will we get through the next era? After an election that has seen, as Paul Krugman writes in today’s New York Times, “almost all our political norms get destroyed,” can we put things back together? They’re now threatening impeachment before the woman has even taken the oath of office. “Can anything be done to limit the damage?” Krugman asks and answers, “It would help if the media finally learned its lesson and stopped treating Republican scandal-mongering as genuine news.

“And,” he adds, “it would also help if Democrats won the Senate, so that at least some governing could get done.”