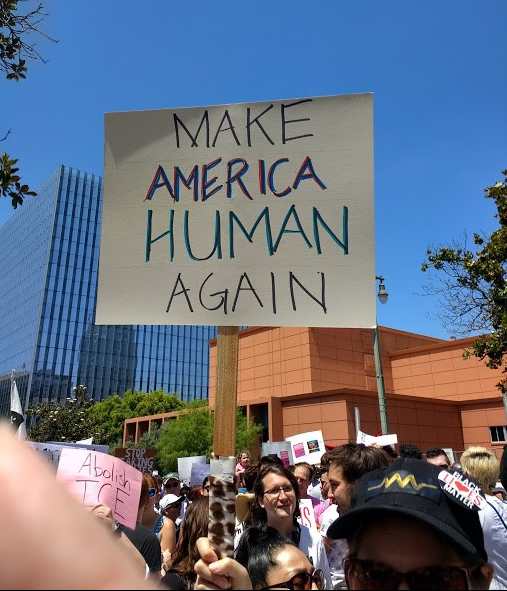 As if snatching children from trusting asylum-seekers and then losing track of them were not atrocious enough, now there’s a new horror happening in the land of the free and home of the brave.

Foreign-born military recruits who enlisted with a promise of U.S. citizenship upon completion of their service, are suddenly being discharged with little or no explanation. The only explanation is xenophobia, according to Margaret D. Stock, a retired Army Reserve lieutenant colonel and immigration lawyer who helped create the program that attracted these people. Known as the Military Accessions Vital to the National Interest (MAVNI ) program, it was created during the George W. Bush administration to recruit immigrant troops with valuable language and medical skills. More than 10,000 have joined, almost all in the Army. Our country’s thanks to them is to send them off to uncertain futures with questionable military records and unknown citizenship status.

I first became aware of this situation last night with an excellent piece by Joy Reid on MSNBC. Wanting to know more, I found two items in today’s New York Times, one on the news pages titled “They Came Here to Serve, But for Many Immigrants the Service Isn’t Interested” by Dave Phillips and the other an editorial on the OpEd page titled “Trump’s New Targets: Immigrants in the Military” by Rob Cuthbert.

I want to say, as I have repeatedly lately, “What is happening to us?” But I know. Ugly times.

At last week’s Families Belong Together demonstration, there was that sign, “Make America Kind Again.”  Another read “Make America Human Again.” I know we haven’t always been either. Only consider our history with Native Americans, African Americans, Japanese Americans and now Muslims and others trying to become Americans.

For most of my life, I’ve wondered how Germany and other fascist countries got to where they got in the 1930s and ’40s. I’ve read books and toured Holocaust museums in many cities, puzzling over what happens to good people who get caught up in bad times. (Scott Simon mentioned a few months back on NPR that 22 percent of Millennials never heard of the Holocaust.)

So I’ve wondered. And now perhaps I know.