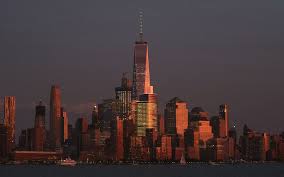 Last night on MSNBC’s “11th Hour,” Brian Williams mentioned that incoming college freshmen today have no memory of 9/11. That startling fact sent me back to my past posts to see what I wrote and wonder how I could commemorate the date this year. Others have observed that 9/11 held in our time the same significance as Pearl Harbor did in our parents’ time.

I trust those college freshmen will have the opportunity in their lifetimes to visit the various commemorative installations that have been established in New York City, at the Pentagon and today, in Shanksville PA, along with others in this country and abroad. They are poignant reminders of the sacrifices of individuals made in the face of unspeakable evil.

But the most significant 9/11 reminder I read today was an op-ed piece in The New York Times by Joe Quinn, an Army veteran whose brother’s death on the 102nd floor of the World Trade Center spurred him to military service and tours twice in Iraq and once in Afghanistan. It took him 17 years to be able to face the realization, he wrote, that our country is doing just what Osama bin Laden strategized: “to embroil the United States in a never-ending conflict to ultimately bankrupt the country …(and) to cause America to suffer human, economic and political losses without their achieving for it anything of note.”