A traveler making his way on the New Jersey Turnpike from Newark’s Liberty International Airport into Manhattan could be excused for wondering why New Jersey is known as the Garden State. Was it someone’s idea of a cruel joke to attach such a bucolic-sounding word to a place of unending asphalt and steel girders? But were the traveler to venture farther into the state – and indeed, not very far – he’d understand the appellation. Even urban back yards can boast small plots of vegetables and flowers, more so of course in suburban areas, and in the southern reaches of the nation’s most densely populated state, actual farms manage to hold off encroaching housing developments. 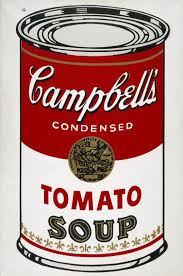 For most of the 20th century, South Jersey farmers grew the tomatoes that went into the products produced by the Campbell Soup Company at its plants in Camden. The company employed agronomists to develop perfect seeds and monitored the farmers’ efforts. At their height in mid-century, the plants employed 5,000 workers year-round and thousands more temporary workers at peak harvesting time. As Daniel Sidorick wrote in his book Condensed Capitalism: Campball Soup and the Pursuit of Cheap Production in the 20th Century, “Campbell stopped using South Jersey’s famous tomatoes in 1979 in favor of industrially produced tomato paste from California…(and) the company was free to move production to newer…rural plants. The last can rolled off the line in Camden in 1990, and the plant was imploded a year later.” The company’s world headquarters, however, remain in Camden.

So yes, New Jersey has been known for its tomatoes. During the more than 30 years we lived there, Ed kept expanding our backyard vegetable garden to the point that two freezers were required to hold the produce and foodstuffs like spaghetti sauce and zucchini bread that we made from it. And we ate out of those freezers all winter long. But before we filled the freezers, we ate giant, succulent tomatoes fresh off the vine, sometimes making a meal out of nothing but sliced tomatoes topped with a little olive oil and chopped basil. Thinking of it makes my mouth water.

Now we live in drought-plagued California where Ed has commandeered two pathetic patches of dirt in our vertical yard in which to grow a few tomato plants, some zucchini and peppers. The output, especially this year, is meager and the tomatoes, sad to say, mere imitations. I point out to Ed that there is a farmers market somewhere every day of the week here in Los Angeles, but he keeps trying to grow his own. The farmer gene runs deep I guess.

Our New York daughter and son-in-law are very good about bringing New York bagels – another loss – whenever they visit. But so far the closest we’ve come to Jersey tomatoes this summer is a picture of some they purchased at a farmers market in Washington Square. Gorgeous, aren’t they? 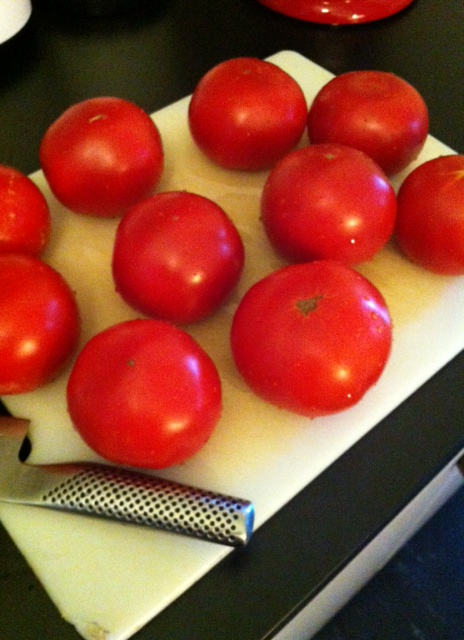 2 comments on “Oh, for a Jersey Tomato!”